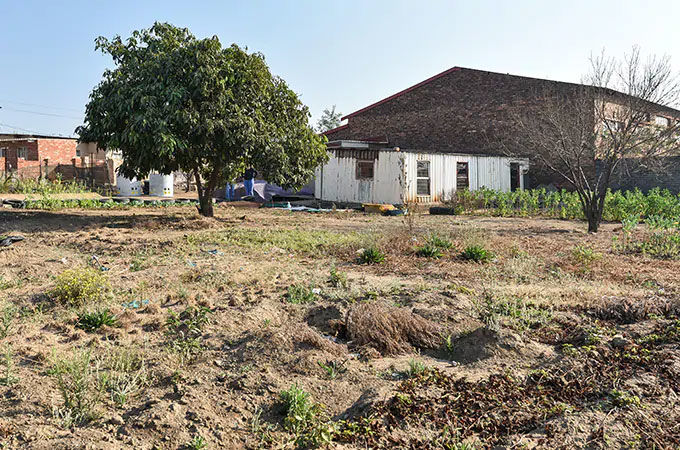 With the help of the South African Red Cross, Land Rover identified a garden in Thembisa near Kempton Park in Gauteng where caregivers grow fresh produce to feed the elderly, disabled and youth in the area. Last week team members from the two organisations arrived at the site to not only hand over some of the proceeds collected as part of the recent Hope Boxes campaign, but to completely refurbish the garden and some of its facilities.

Land Rover donated compost, fertilizer, gardening equipment, fencing and shade cloth to the garden, while a full irrigation system was installed to ensure the soon-to-be-harvested veggies stay properly hydrated. Seedlings were donated by Deon de Kock and his company Greenhouse Technology. A small office and kitchen where garden staff prepare meals and soups to feed the community was equipped with utensils, tables and chairs, and local children were taught the basics of gardening. 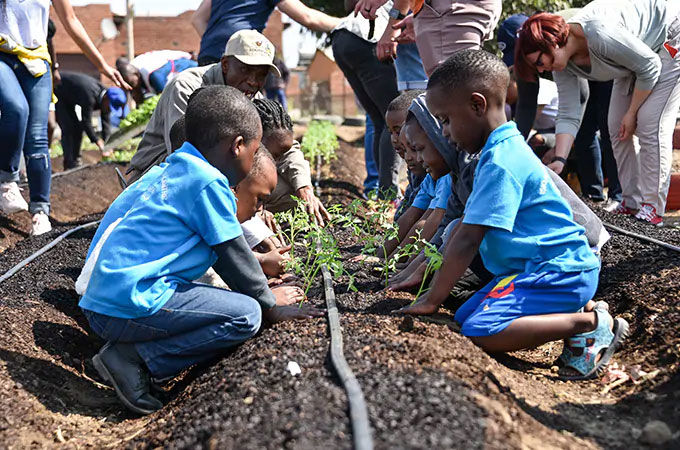 The gardens were neatly arranged using recycled tyres for cultivation rows as well as retaining walls. Soon the Thembisa Hope Garden will flourish with fresh spinach, cabbage, tomatoes and other vegetables which will be distributed to community members in need.


Charles Njapa, garden founder and agricultural expert, said:
“With the assistance of Jaguar Land Rover and Red Cross we are now able to grow and continue our work of building a community that believes in a healthy lifestyle. Our organisation promotes healthy eating by providing healthy foods, teaching people how to grow organic vegetables at home and encouraging youngsters to use their hands in the earth for a better future.” 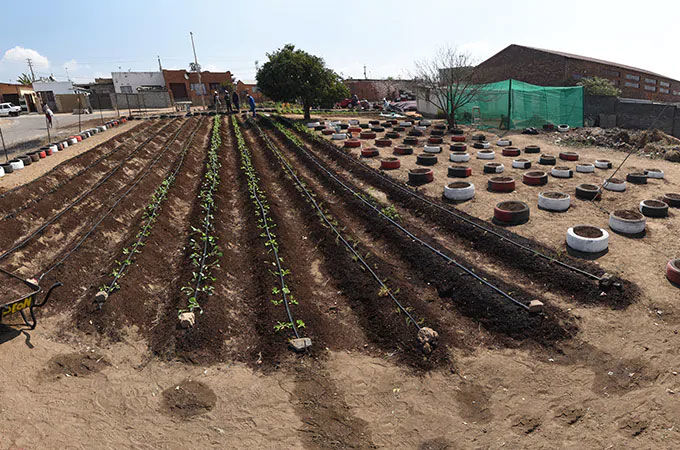 Non-perishable foodstuffs (canned goods, maize meal, long-life milk), toiletries, blankets, toys, educational items (schoolbooks, stationary) and other items that can be used to make the lives of those less fortunate a little easier, will now be distributed by the South African Red Cross through its key projects to communities in need all over the country.

A portion of the collections were donated to the Thembisa Hope Garden and people of its surrounding community.


Sharnie Malan, Customer Service Director of Jaguar Land Rover South Africa and sub-Sahara Africa, says:
“Lending our hands for a healthy future is such a rewarding opportunity for Jaguar Land Rover. Giving back to the community and being with them on the ground is a perfect way to show our commitment goes above and beyond. “


Land Rover, which is celebrating its 70th anniversary this year, has a long-standing relationship with the South African Red Cross Society in line with its six-decade partnership with the International Federation of Red Cross and Red Crescent Societies. Land Rover is the vehicle of choice for the Red Cross.

Over the last decade, Land Rover South Africa and the South African Red Cross Society have collaborated on a number of projects, including assisting rural communities by providing access to HIV and tuberculosis treatments. These initiatives all contribute to the work done under the Hope Crosses Any Terrain (#HCAT) banner, which in turn contribute to Jaguar Land Rover’s worldwide goal of creating opportunities for 12-million lives by 2020.
BOOK AN EXPERIENCE DAY
Experience Land Rover's all-terrain capability at first hand
Global Driving Centres - Land Rover Experience
BOOK A TEST DRIVE
Arrange an on-road test drive through your nearest dealer
CONTACT US
You can contact us by phone, online or via our social networks
Contact Us - Customer Relations - Land Rover
KEEP ME INFORMED
Sign up for all the latest Land Rover news