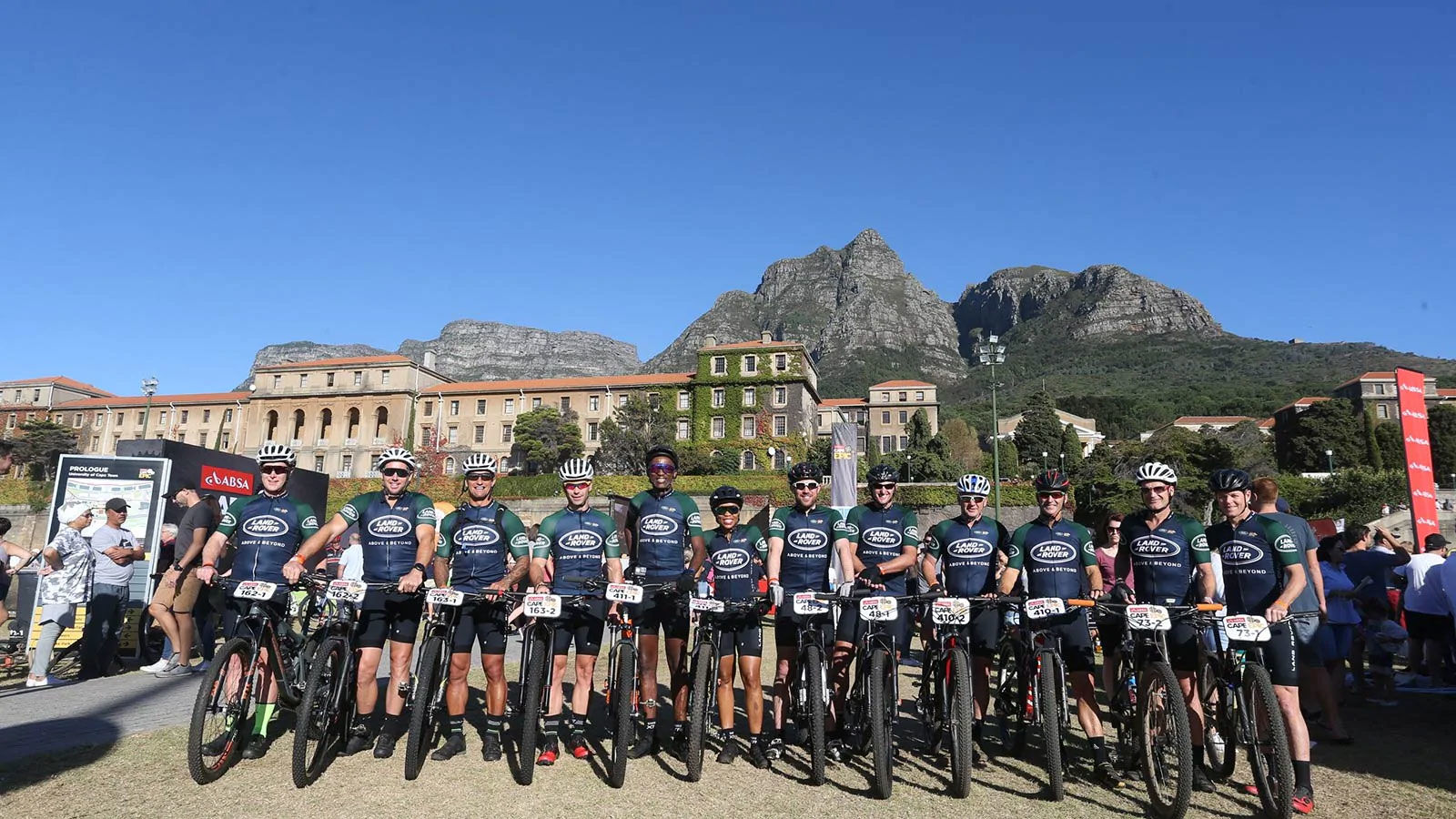 All 12 members of Team Land Rover successfully crossed the finish line of the 2018 Absa Cape Epic. Demonstrating sheer grit, determination and an unstoppable spirit within the whole team, the Land Rover riders have conquered the toughest race in the history of the Absa Cape Epic.


Lisa Mallett, Marketing Director of Jaguar Land Rover South Africa and sub-Sahara Africa, said:
“We’re incredibly proud of the Team Land Rover Riders and wish them congratulations on completing this extremely challenging mountain bike race. Every year we are amazed by the sheer fortitude and determination shown by each and every one of the team members. This year they have demonstrated what it means to have an unstoppable spirit.”


Team Land Rover riders had a positive start to the 2018 Absa Cape Epic, making seamless progress in the Prologue. Every single stage proved an incredible challenge, but teamwork and encouragement are what pulled them through to the end, crossing the finishing line of the world’s biggest mountain bike race – an immense achievement in itself.

All members of Team Land Rover managed to achieve the feat of finishing this incredible race, with three of the Land Rover pairs finishing in the top 300. Last Lion Mike Nixon, who has now completed every one of the 15 Absa Cape Epic races, came in at 252nd overall, with his partner Jasper van Dijk.

The pairing of Jeremy Thomson and Martin Dreyer managed an incredible top-200 finish, ranking 183rd overall, after eight days of gruelling trails in the untamed wilderness of the Western Cape.


Gary Kirsten, Team Land Rover mentor and manager, said:
“What an incredible eight days it has been and an end of another brilliant week. All Team Land Rover riders displayed great determination. I felt honoured to be leading this strongminded group of people under the Land Rover banner. Simply finishing this gruelling race is an achievement and I salute my team members for their remarkable accomplishments in this year’s event." 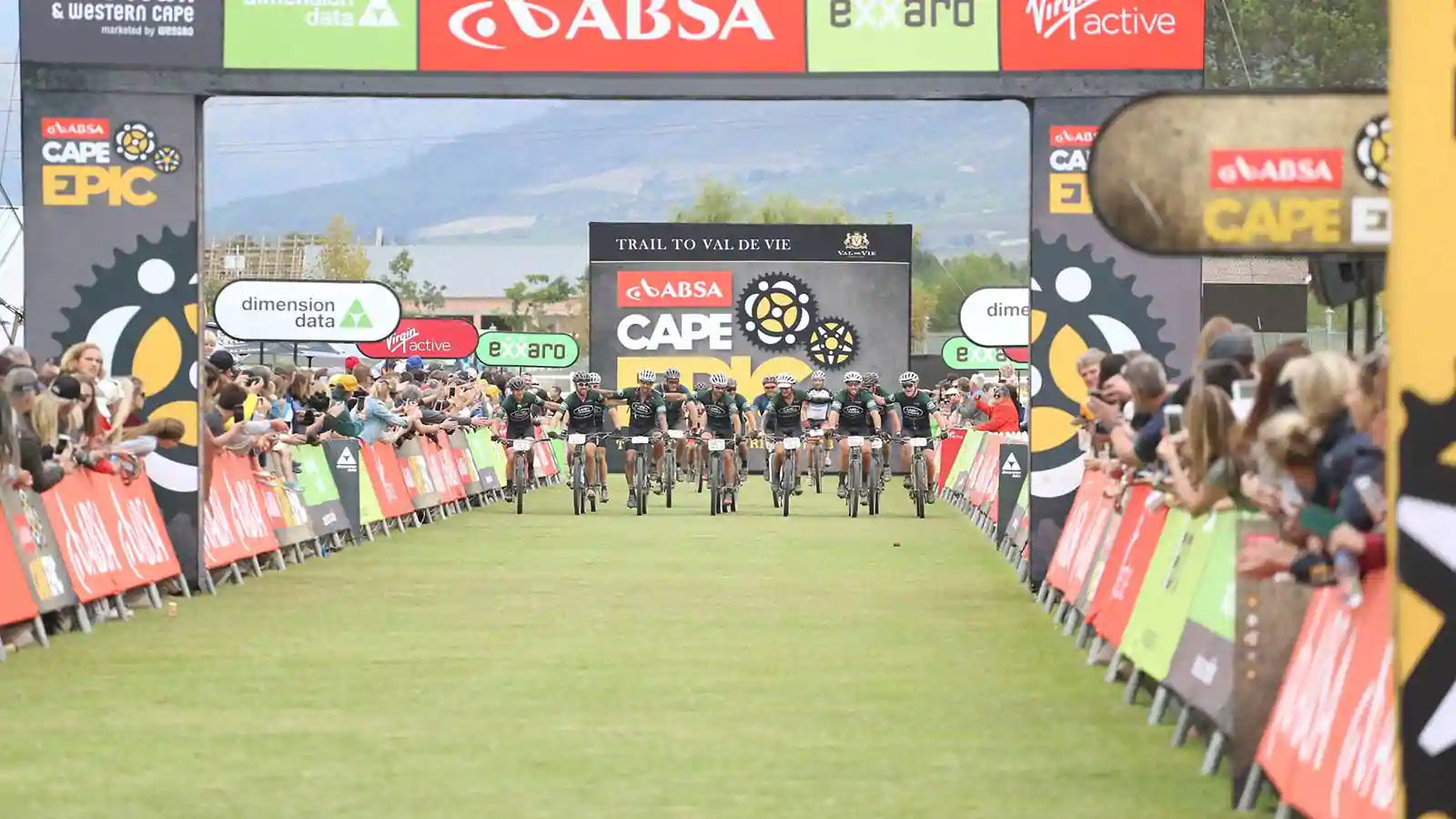 Land Rover has announced that it will continue backing the Absa Cape Epic as the Official Vehicle and Route Partner for next three years. Land Rover has been part of the Absa Cape Epic family since 2015, when they came on board as the Official Vehicle and Route Partner. The partnership has been a natural fit as both brands represent the toughest and most premium of their kinds in the world.


Kati Csak, Absa Cape Epic Race Director, said:
“The Land Rover vehicles that provide support to the riders and organisers are now an iconic sight at the event – even the Absa Cape Epic needs a vehicle of unparalleled capability that can effortlessly traverse the rugged terrain of the Western Cape.”

Maurice Mdlolo and Letshego Zulu rode together for the first time this year. Team Sleek & Rugged Rovers, finished 56th in the Mixed Category in a time of 50:37.11,1 at an average speed of 12.9 km/h.

Competing in the Masters Category, Gary Kirsten and Roddy van Breda, also a first-time partnership, finished 87th in their category. Time 39:05.26,1 and an average speed 16.7 km/h.

Mike Nixon, one of four Last Lions, completed his 15th Absa Cape Epic with the 2018 Epic being his third year in partnership with Dutchman Jasper Van Dijk. They were placed 10 positions higher than their team mates Kirsten and van Breda, in 77th place in the Masters category in a time of 38:09.10,4. The distance of 653 km was covered at an average speed of 17.12 km/h.

The maiden partnership of Martin Dreyer and Jeremy Thomson proved a successful one with the team placing 16th in the Grand Masters Category, and 183rd place overall. The first three stages of the Epic saw Dreyer and Thomson finish in the top four of their category. Their time overall was 35:53.23,1 at an average speed of 18.19 km/h.

Carlos Spencer and Clinton Macintosh finished 98th in the Masters category in a time of 39:47.07,5. The distance of 653 km was completed at an average speed of 16.41km/h. 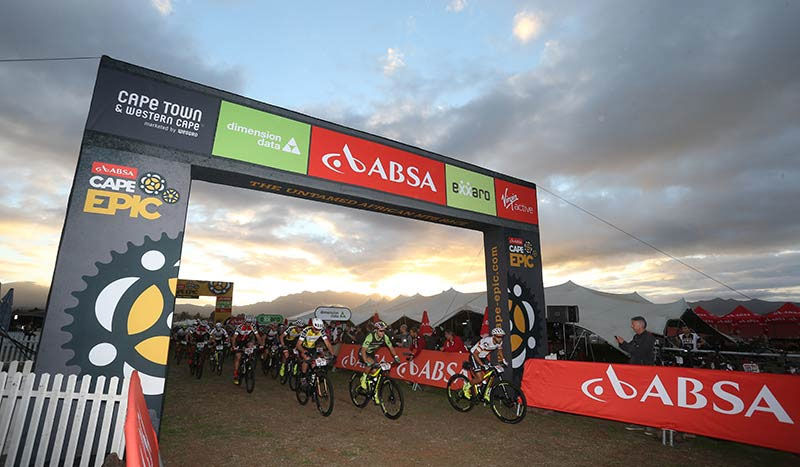 STAGE ONE
WATCH THE VIDEO 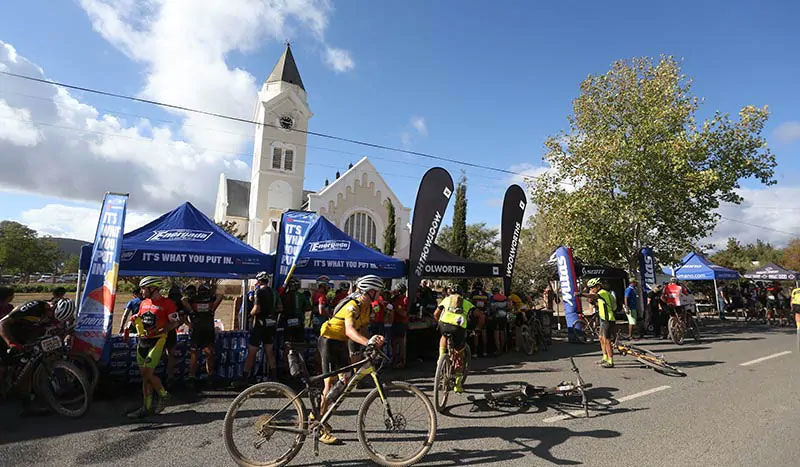 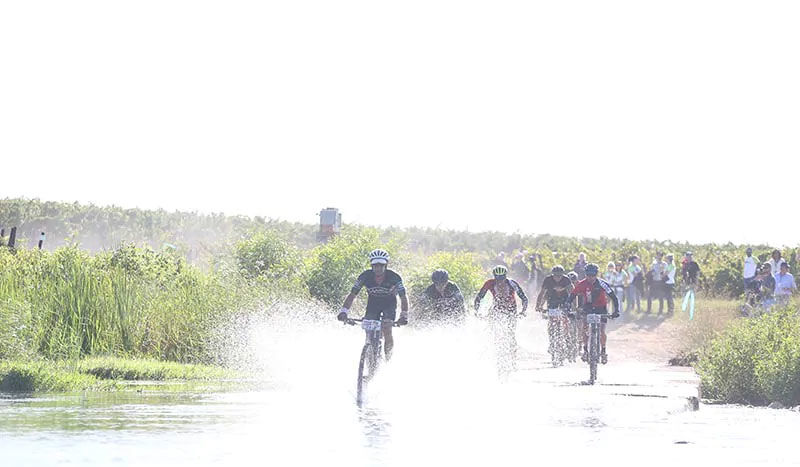 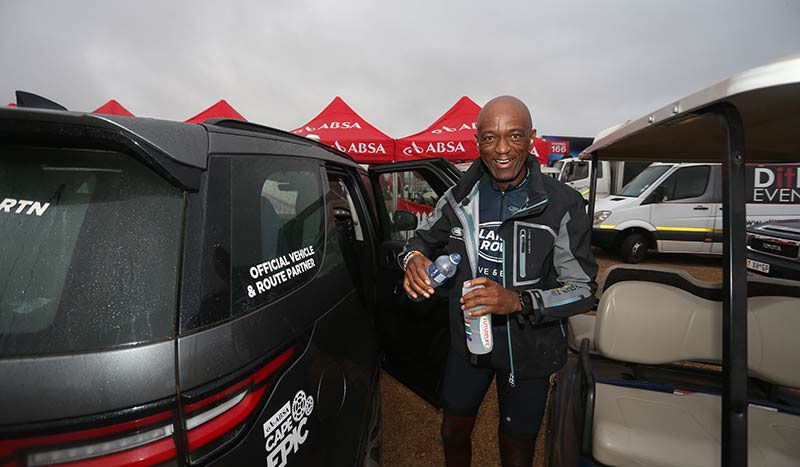 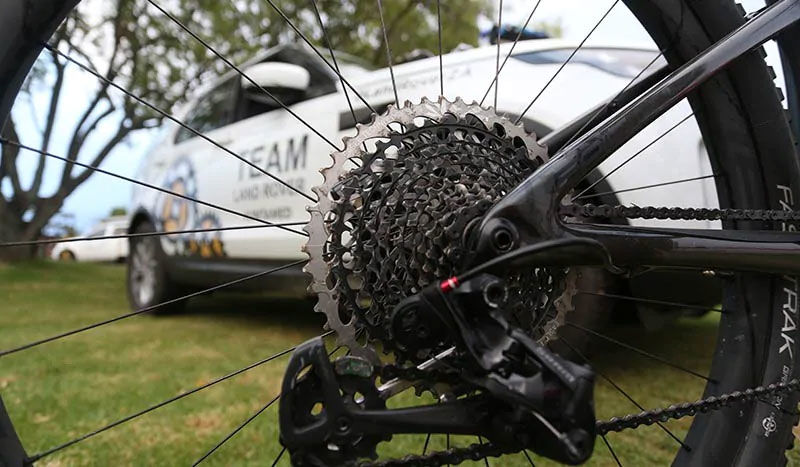 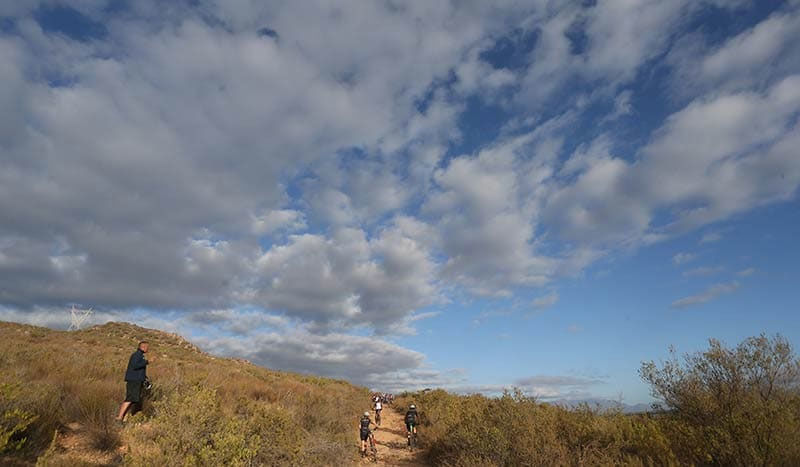 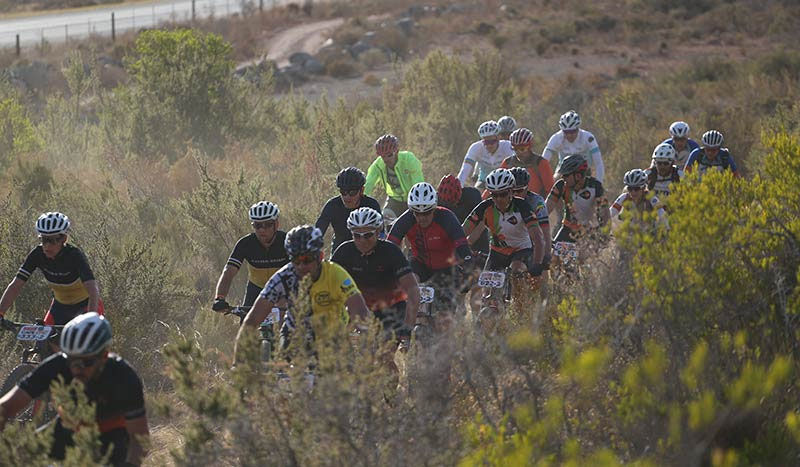 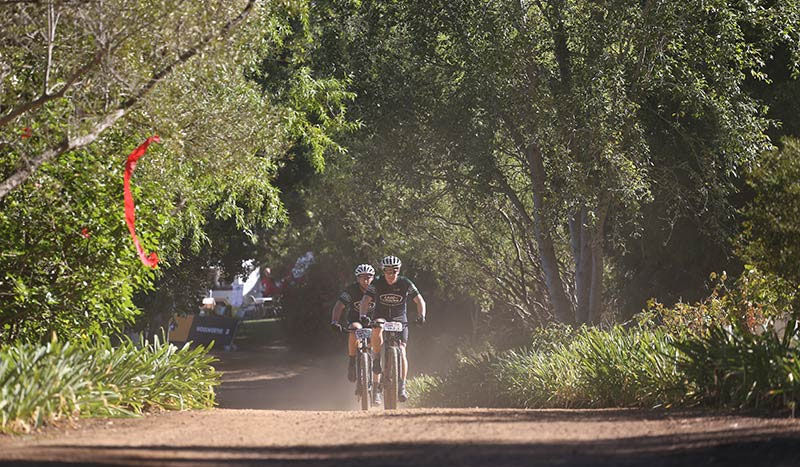 WRAP UP VIDEO
WATCH THE VIDEO 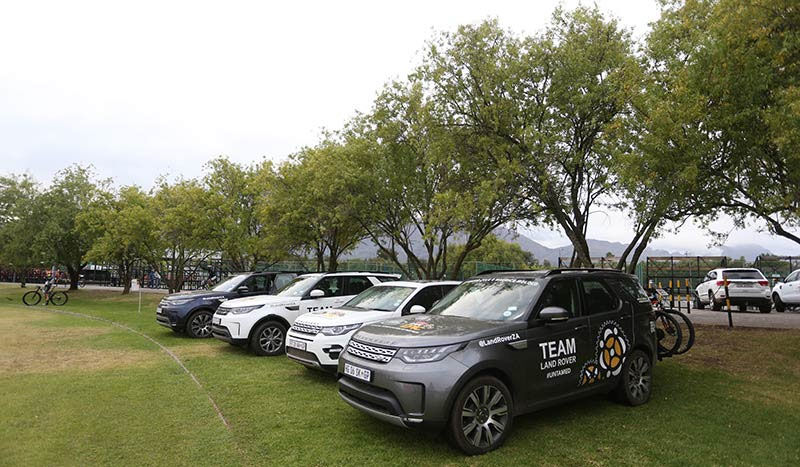 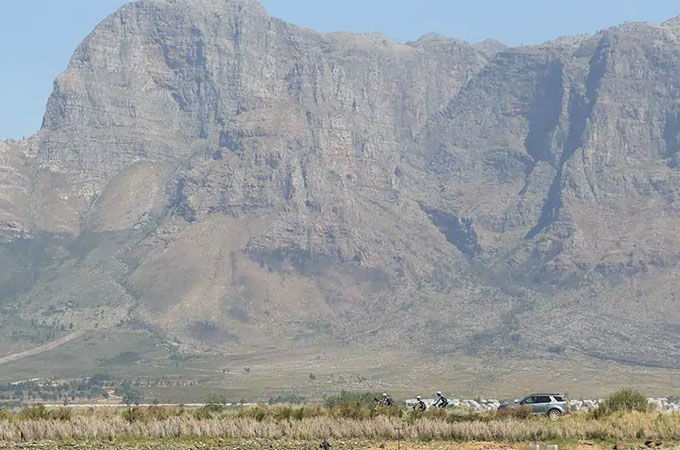 Team Land Rover will return at the 2018 Absa Cape Epic, from 18 – 25 March, with new faces joining Land Rover veterans to tackle 700km of untamed trails and 15 000m of climbing in the world’s biggest mountain bike race.
When the 12 Team Land Rover riders toe up to the start line in Cape Town, they’ll be captained by cricket legend Gary Kirsten, who will serve as mentor to the team. Kirsten, who has completed two Absa Cape Epic races, will ride with Roddy van Breda, managing director of Adidas South Africa in the Masters Category. This will be van Breda’s maiden Cape Epic.


Lisa Mallett, Marketing Director, Jaguar Land Rover South Africa and sub-Sahara Africa said:
“Every member of Team Land Rover has gone Above and Beyond in business and sport, and in this year’s Absa Cape Epic they’ll prove that they have the unstoppable spirit it takes to conquer the ultimate off-road mountain biking adventure. Each rider shares these key traits with the Land Rover brand, which remains a proud sponsor of this world-class event.”


Inarguably the most experienced member of Team Land Rover, and the very definition of unstoppable spirit, is Mike “Amashova” Nixon. One of only four Last Lions, Nixon has competed in every single one of the 14 Absa Cape Epic races. Nixon has also climbed seven summits, including Mount Everest.

Joining this adventuring legend once again, in 2018, is his Dutch team mate Jasper van Dijk, who has been training for the race during the icy European winter. Van Dijk is a mountaineer and extreme sports enthusiast, with this being his fourth Absa Cape Epic. The pair will also be competing in the Masters Category. 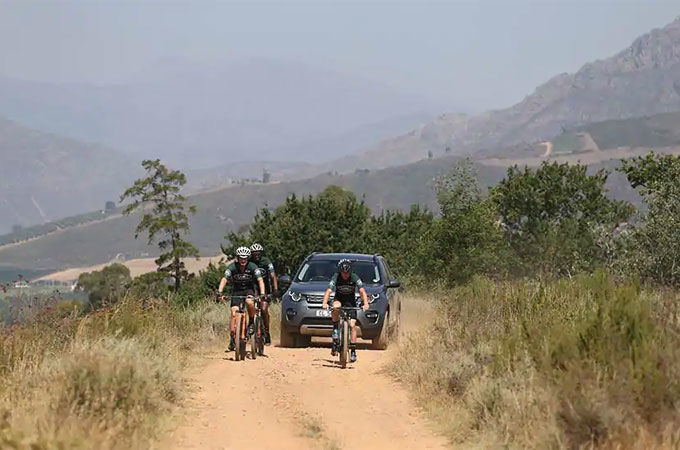 Self-confessed adventure and fitness fanatic Letshego Zulu has the honour of being the first female mountain biker to join the ranks of Team Land Rover – and won’t be the last. Zulu will be joined by famed property investment businessman Maurice Mdlolo and will compete in the Mixed Category. Both will be challenging themselves and supporting one another as they ride in memory of the late Gugu Zulu.

Springbok rugby hero Butch James returns to Team Land Rover in 2018, this time pairing up with another familiar face in Shane Chorley. Between the two, they’ve completed the Absa Cape Epic seven times.

This experienced duo will be the perfect challenge for the wildcard combination of renowned mountain biker and adventurer Clinton Mackintosh and former All Black rugby player Carlos Spencer. Mackintosh has a decade’s experience in adventure racing and a formidable reputation on two wheels – the perfect confidence booster for his Kiwi teammate, who becomes the first All Black rugby player to participate in this world-famous race.

The most competitive pairing in this year’s Team Land Rover line-up comes in another former rugby player, Jeremy Thomson, and his teammate Martin Dreyer. Thomson boasts six finishes in this challenging competition, while Dreyer is one of South Africa’s most celebrated endurance athletes. Dreyer is the founder of Change a Life Academy and has four Absa Cape Epic finishes under his belt. Other successes for Dreyer include winning the Land Rover G4 Challenge in 2006 and winning the Dusi canoe marathon four times. With a strong competitive spirit, both Thomson and Dreyer aim to finish on the podium in their class.

WATCH THE FILM
BOOK AN EXPERIENCE DAY
Experience Land Rover's all-terrain capability at first hand
Global Driving Centres - Land Rover Experience
BOOK A TEST DRIVE
Arrange an on-road test drive through your nearest dealer
CONTACT US
You can contact us by phone, online or via our social networks
Contact Us - Customer Relations - Land Rover
KEEP ME INFORMED
Sign up for all the latest Land Rover news