Building on the success of the award-winning partnership ‘Reaching Vulnerable People Around the World’, Land Rover has extended its support of the International Federation of Red Cross and Red Crescent Societies (IFRC) for a further five years from 2014. 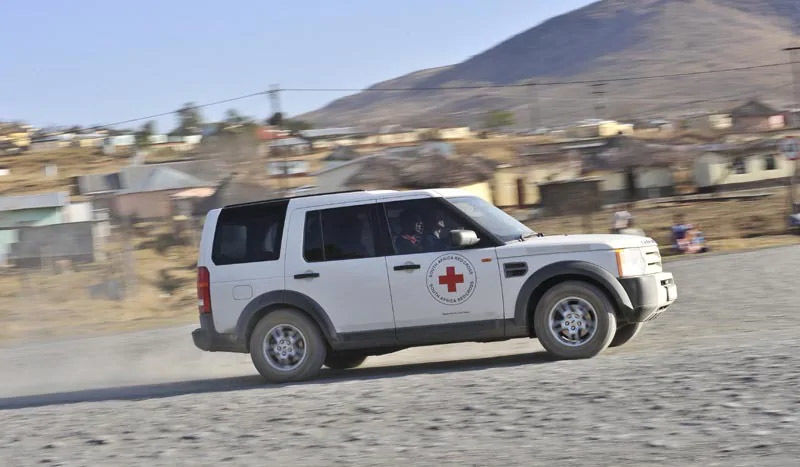 With the aim of providing R275 million-worth of support, Land Rover assists the IFRC to reach the most vulnerable people in countries including Austria, Ireland, Italy, Netherlands, Portugal, South Sudan and Spain. The renewed partnership brings together specialist knowledge, innovation and expertise to help deliver the IFRC’s life-saving work.

Land Rover South Africa has a longstanding relationship with the South African Red Cross Society (SARCS) and the organisation has enjoyed the use of three Land Rover vehicles since 2008 as part of Land Rover’s 60th birthday celebrations, part of which saw them donate 60 vehicles to the Red Cross in various countries. Locally, this is supplemented by considerable financial support, with a further two Land Rover Defenders scheduled to join their fleet.

The Land Rover/Red Cross partnership was first forged in 1954, when Land Rover supplied a Series 1 Land Rover to the British Red Cross in Dubai as a mobile dispensary. The relationship was further cemented in 2007, as part of the development of Land Rover’s G4 Challenge. Since then its worldwide achievements include the loan and donation of 120 vehicles and the provision of direct help to over 900 000 people.

One of the key projects of the partnership was the “Journey of Discovery” expedition in 2012. The one-millionth Land Rover Discovery – built at Solihull, the home of Land Rover – ended its 12 800 km expedition in Beijing, China. The 50-day journey succeeded in its target of generating R18 million for the project and raising awareness of the vital work being done by the IFRC in the areas of water and sanitation.


Mark Cameron, Jaguar Land Rover Global Brand Experience Director, said:
“We at Land Rover are proud of our long association with the International Federation of Red Cross and Red Crescent Societies. By working together through Jaguar Land Rover’s new Global Corporate Social Responsibility Programme, the IFRC is contributing towards the creation of opportunities for 12 million people in our local and global communities by 2020, combining specialist knowledge, innovation and shared expertise. The partnership will help to achieve this goal, delivering practical, sustainable help to communities and individuals worldwide.

“With the use of Land Rover vehicles we are also able to help the Red Cross and Red Crescent Societies access remote territories that would otherwise be hard to reach. This is often where the most vulnerable people are and therefore need support.”

BOOK AN EXPERIENCE DAY Experience Land Rover's all-terrain capability at first hand BOOK A TEST DRIVE Arrange an on-road test drive through your nearest dealer CONTACT US You can contact us by phone, online or via our social networks KEEP ME INFORMED Sign up for all the latest Land Rover news